Impressum Datenschutzerklärung Cookie-Einstellungen ändern
The store will not work correctly in the case when cookies are disabled.
Menü
Konto
Zurück zur Übersicht

Produktbeschreibung
1 Corinthians gives us an example of the way Paul interprets the Torah for Christians from the nations. He tells readers concretely and sensitively about hope in the face of death in the midst of their daily lives. He writes down prayers and songs from the messianic communities of his time. And he contradicts himself - especially in his dealing with women - as he contrasts his ideas of how they are and how they ought to be. Luise Schottroff (1934-2015) guides her readers to discover Paul anew, digging through traditional misinterpretations, misappropriations, and monopolizations to find his original thoughts. 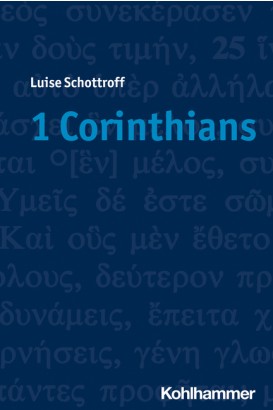