Impressum Datenschutzerklärung Cookie-Einstellungen ändern
The store will not work correctly in the case when cookies are disabled.
Menü
Konto
Zurück zur Übersicht

Print
END_OF_DOCUMENT_TOKEN_TO_BE_REPLACED
Zum Merkzettel hinzufügen
Print
Ab 109,00 € inkl. MwSt.
Produktbeschreibung
There has been much interest in the Book of Chronicles in recent years. A book long considered marginal has become one of the most central in current studies. This is due, in part, to the increased and increasing emphasis on Persian period Yehud (and Samaria), and to the fact that Chronicles may provide a window for understanding how other books that later became biblical were understood at the time. In addition, Chronicles is also a second "national" history and as such it served to reconfigure and reimagine the past/s communicated by other books. This commentary makes use of (social) memory (and other social-anthropological) approaches, examines the ongoing construction of meaning at the level of the separate units in the book, that of the book as a whole, and that of the book as part of a extant "library" within which it constantly interacts and modifies. Explorations of the influence of the book and its images of the past over time round off the analysis.
Autorenporträt
Ehud Ben Zvi is Professor Emeritus at the University of Alberta, Canada.
Zum Ende der Bildergalerie springen 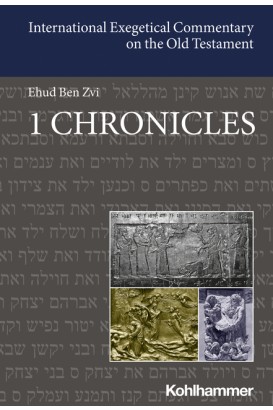